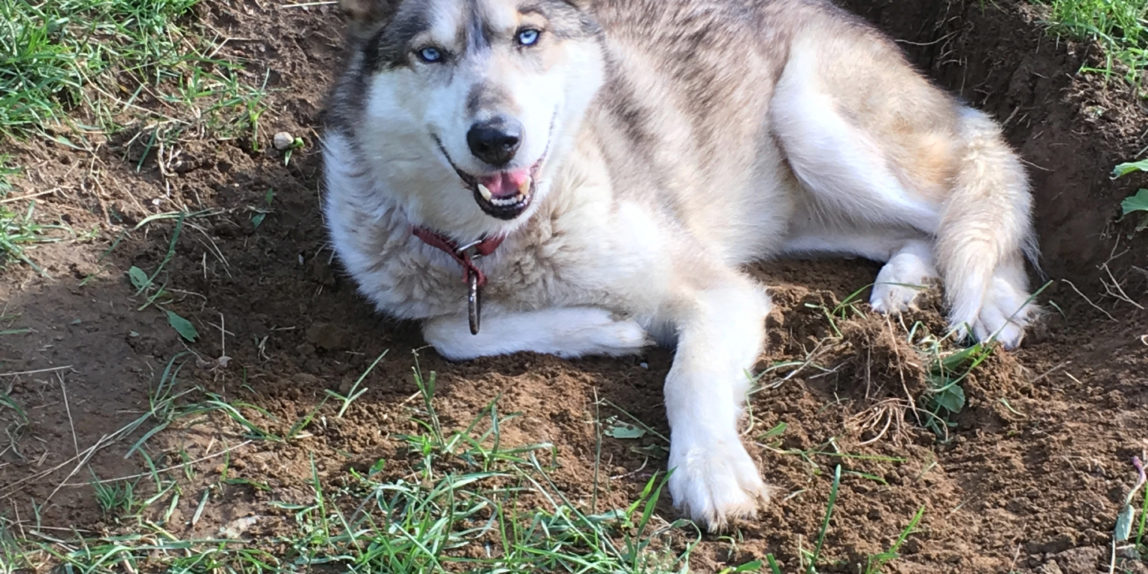 It’s an extremely sad day at StinkyPup Kennel as we say goodbye to our beloved Moe.

Moe was a wonderful friend, sled dog, and pet dog. We adopted him from the Fairbanks North Star Borough pound in 2011. Moe ran thousands of miles for me and was a core part of my Copper Basin 300 team in 2014. Moe loved to dance, loved disco (his favorite bands were Abba and the Bee Gees), and had very bad toe hair (which was commented on by a race marshal during the Copper Basin.)

In April 2018 (also on Friday the 13th) Moe had extensive obstructive bowel surgery for eating a collar.? After almost dying, he came home and became an inside dog.

This time around, Moe ate parts of a dog bed. We knew someone had? destroyed part of the bed, but we weren’t sure who. The inside dogs got very excited when we went out for a mush and we came home to a dog bed with fluff all over.? I thought the guilty party was Kraken, so when Kraken wasn’t mushing, I put him in a crate. Unfortunately, Kraken wasn’t the culprit. On Thursday, Nov. 12 Moe stopped eating and on Friday, Nov. 13 we brought him to the vet. The vet told us that the offending object went from his stomach through his intestine and that if she went ahead with the surgery, Moe would have a poor prognosis.? Moe was euthanized on the table without us there to say goodbye.

I’m pretty devastated and miss him.