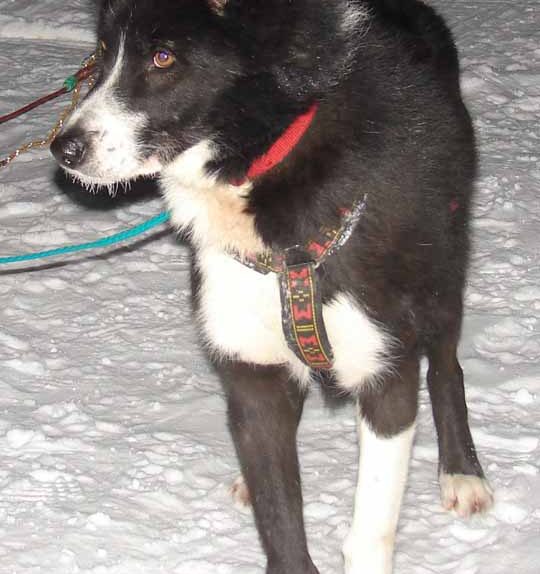 It’s with great sadness to announce that 15.5 year old Chevy has crossed over the Rainbow Bridge. Over the last 1-2 years, Chevy has had some major physical ailments, which we think were due to getting beat up by Snowball and the rest of the dog yard in 2013. Chevy had extreme muscle atrophy in his front right leg; he had a crooked neck for a month due to getting pounced by Wayne; and his back legs were extremely week. In the last few days he had difficulty standing and wasn’t eating very much.

Chevy was an incredible lead dog. He’s the only dog I’ve had who knew what “gee over” meant.  When we left the dog yard for a run, Chevy got so excited he would say, “yip, yip, yip,”  and he’d yip down the trail. None of our other leaders liked to run next to Chevy because he would nip at them, so our leader line was staggered, with Chevy’s line being the long one.