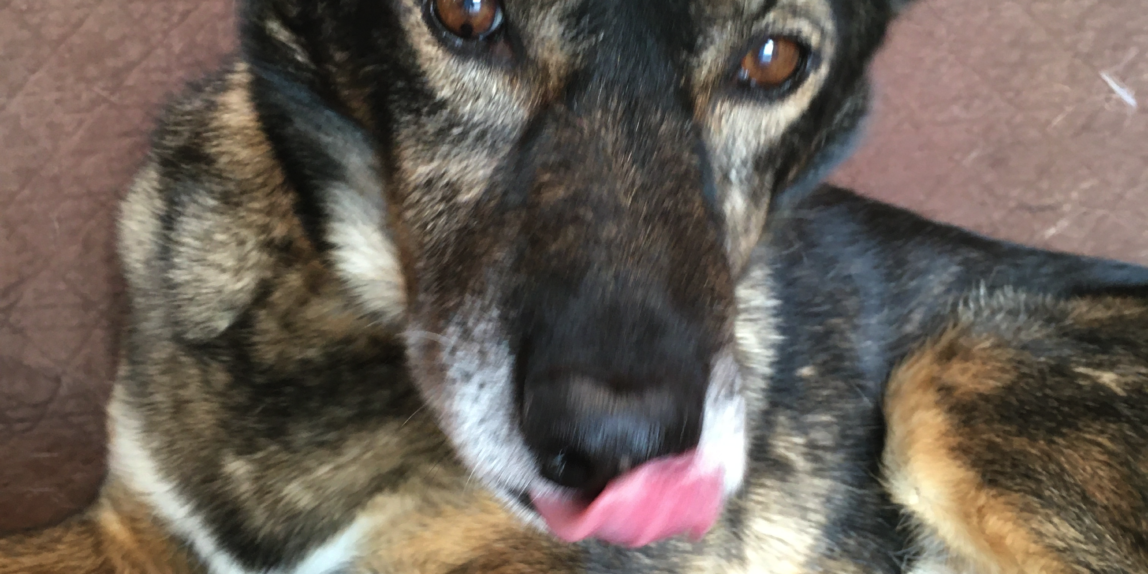 On July 3rd, 2022 we said goodbye to our beloved Wayne. A few days before, Wayne was lethargic and not eating well, which was unusual, and we though it was the heat. Wayne does not do well in the heat. At 13.5 years old he had slowed down a little bit, but still, at times, had his crazy ball of energy. On July 1st he didn’t eat breakfast and I took his temperature; it was 104.6F, which is very high. We brought him to the vet as an after hours urgent care visit. The vet performed quick ultrasound and thought he has a splenic tumor. We weren’t ready to say goodbye yet, and he still has some spunk, so we gave him Cerenia for nausea and brought him home. He was pretty miserable and had orange diarrhea, so we brought him back two days later to be euthanized.

Wayne was a maniac dog with lots of super energy. He was promoted to lead because he used to chew everyone’s lines and set the leaders free. We figured that if we put him up front he wouldn’t have any lines to chew! And indeed this worked.

Wayne was one of my best friends and we are sad that he is no longer with us to make us smile.