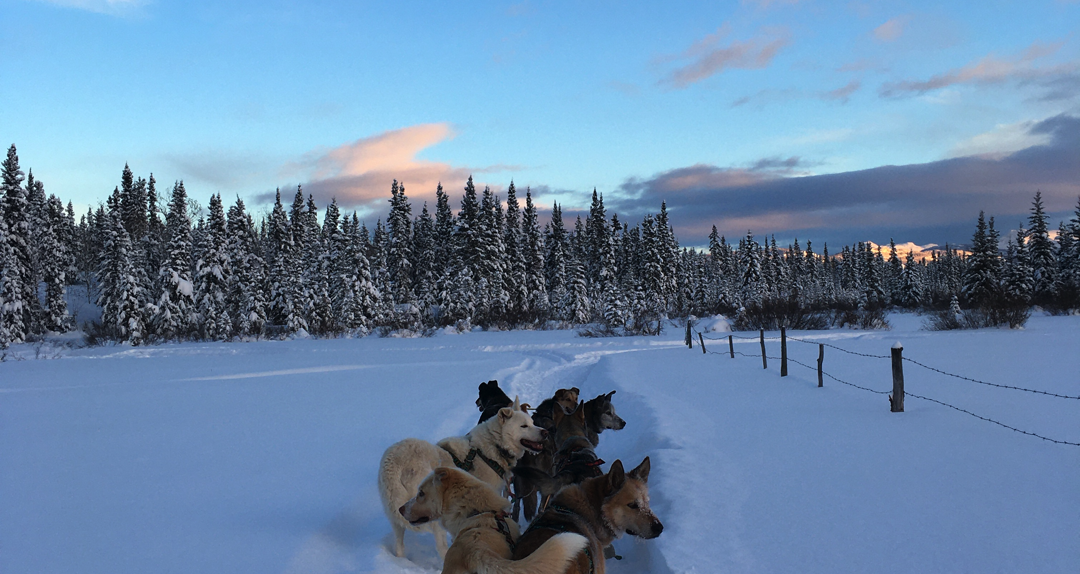 The Stinkers have been continuing their training for the upcoming Yukon Quest 100 and it’s been slow going.

Last week, the temperature dropped below -42F for several days, so we decided not to run.  Then it snowed, which fills in our lovely trails and makes for a slow going run.

This has been the pattern this season– cold temps, snow, cold temps, snow, etc.  Then, there is the wind which blows in the trails. Greg had opened up the trail that goes along a section line and crosses the creek– but this trail is now blown in.  Greg is training for the Yukon Montane Ultra 100 race– so he doesn’t have a lot of extra time to maintain trails for me. And I’m unable to start our snowmachine (it’s a pull start)– so haven’t been out to maintain trails for myself.  Then there is the fact that I have never even driven a snow machine :0

Basically we have a 1 mile field with several off-shoots, which can get me to about 30ish miles. The dogs and I are bored of running loops on the field, especially since the trail is windblown and extremely slow going!

Ah– I should not complain because this is so much better than living in Bancroft– where the season was very short and the winters were warm.