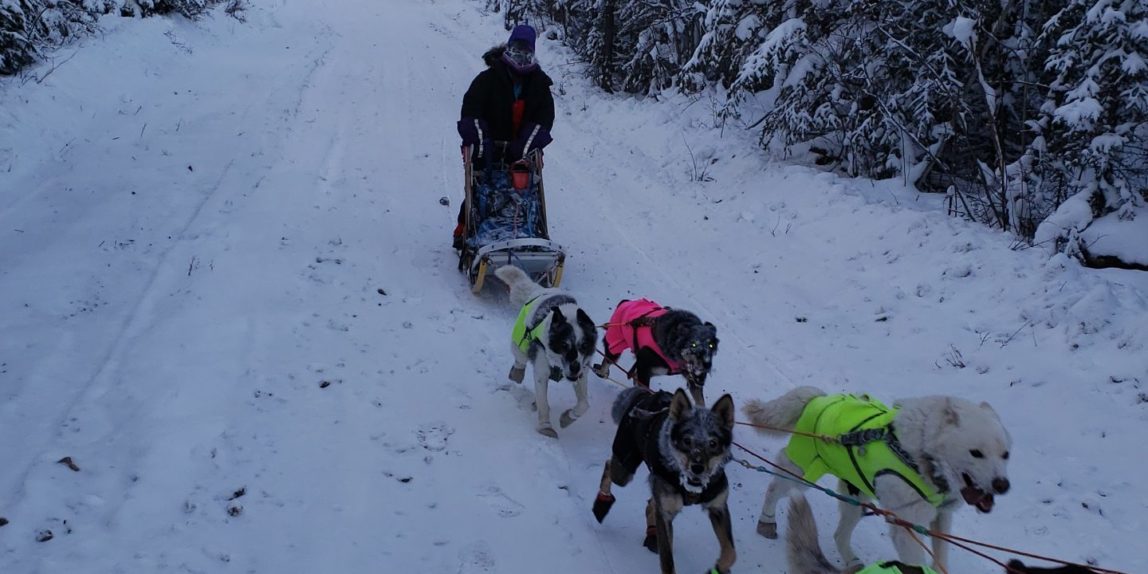 I forgot how much work it is to train for a race. I have no idea how I did this in Fairbanks– well– actually I think I do. I’d go to work, then workout, and then mush from 8pm until 2am and then go to work the next day. I was a lot younger then!

In the beginning of the season, I had two teams of eight.  Team 1 was: Allie, Axel, Chaos, Haines, Kia, Ted, Yukon, and Moose. Team 2 was: Geri, Amy-Sue, Siren, Justice, Snowflake, Jack, Kraken & Moose.

It was clear that I needed to do some rearranging with the teams. Moose is a great puller, is motivated to go, but can’t keep up with the faster dogs. Ted is a screwball– he was actually doing well this year, but was the weakest link in his team. Siren doesn’t want to go– even though she is an awesome sled dog. She said she would rather sit on her comfy chair. Kraken doesn’t mind going, but is content to stay home.

Around two weeks ago, as we increased mileage, I decided that Moose, Ted, Siren, and Kraken could stay at home. Moose is sad about this, and the others don’t care very much.

With those four not running, I now have twelve dogs to run and I’ve been rotating them through a three team system.

At this point it’s hard to say who will make the Yukon Quest 100 team, but it is highly possible that it will be an all girl team. I’ll have to see how Axel does with increased mileage and camping. I think Jack will probably not make the cut.

As a parting note– I lost my team twice this week. Fuck!