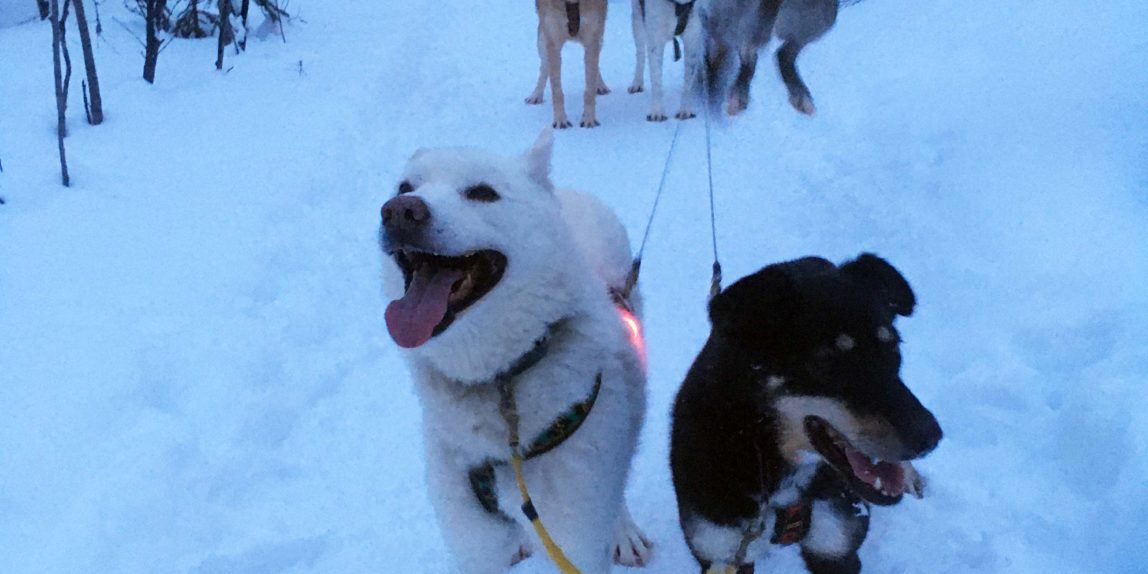 The Stinkers had an adventure tonight. I was out with my second team and Geri decided to try to go off trail down a hill. I told her “gee” which means turn right, but she came haw, which means she turned the team around to the left and we went over a tree stump which jammed my break. I couldn’t get it unstuck, so radioed Greg. My first couple of tries radio him didn’t work and I tried messing with the break myself, but couldn’t figure out what was the problem. I tried continuing on, but the sled wouldn’t really move even while going down hill. Finally, I got in touch with Greg and he came to the rescue!