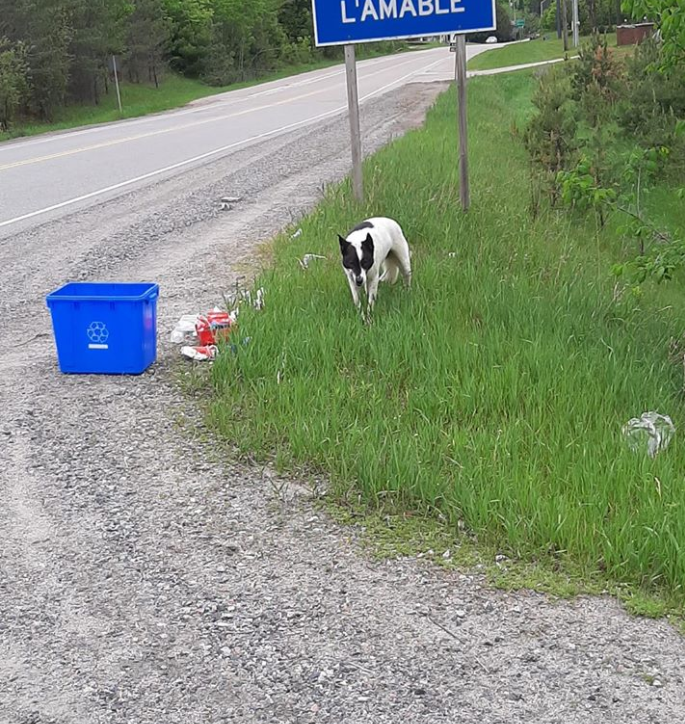 We’ve been leaving Geri & Yukon’s pen open for them to roam in the main fenced dog yard. The reason for this was when it was super hot, their pen doesn’t get a lot of shade. Even after it cooled down, we were leaving their pen open because they enjoyed romping around and barking at Timber, Allie, & Axel.

Yesterday when we went out to start our dog activities I saw Geri outside of the fencing, and immediately freaked because a) they had escaped and b) Yukon was not with Geri. We live right on the highway, so an escapee is likely to get hit by a car. I put Geri back in her pen and we walked the inside dogs, calling for Yukon.

When we got back home from walkies, Greg headed out to look for Yukon, I posted to the local lost/found pet Facebook group, and I continued feeding the insiders/outsiders. Just when I was beginning the evening party for the outsiders I saw Yukon on the trail. He was home and safe! He had gotten into some shit, I think it was pig shit, or possibly chicken shit, so we gave him a bath. He also had gotten into our neighbors recycling bin on the side of the highway. Guess I’ll go clean that up today.

I am SO thankful that they are home, safe & alive. We will not be letting them out in the main fenced area unsupervised.