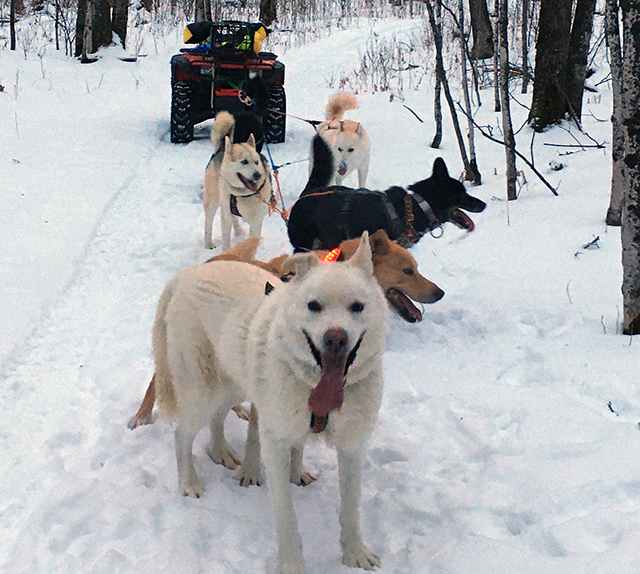 We thought we’d give Siren (7 years old) a chance to run in lead. She was doing okay for two 2-mile loops, but when we increased the mileage she began screwing around. I’m not sure if she’s too hot or just doesn’t want to lead, but after two loops she likes to roll in the snow and run back to her pen-mate Ted (who runs in swing).

On the last run, she decided to screw around after the first loop. When I was trying to put her back up in lead, Jack told me he’d like to try running in lead. He did great! He likes to look around, as opposed to keeping his head down, and he doesn’t know gee/haw (right/left) but he’ll run up front.