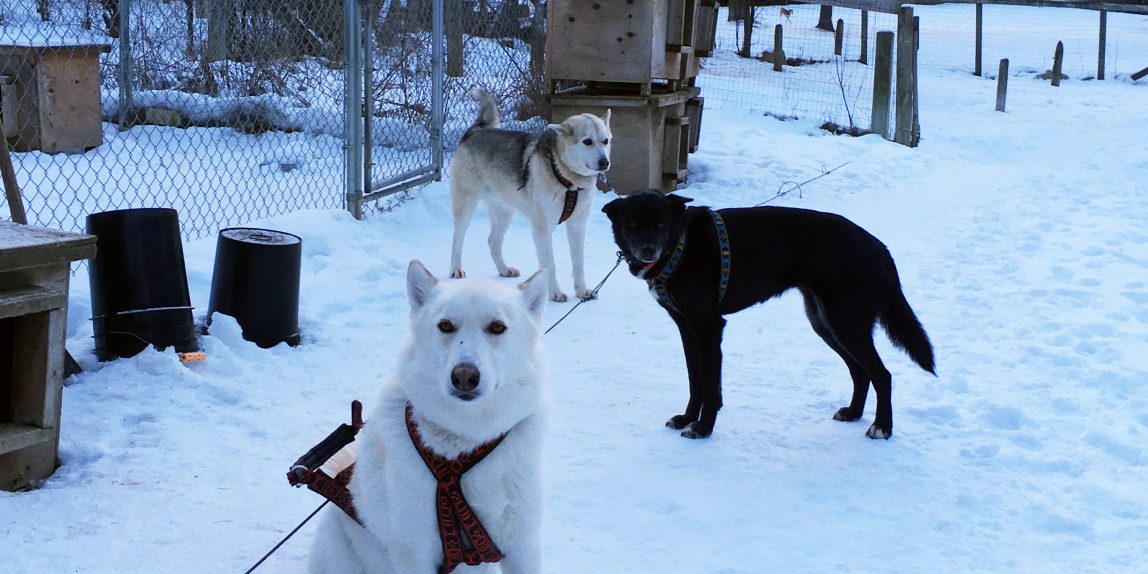 It’s January 5, 2020 and there is not enough snow for us to run our champion team on sleds. We’re still doing loops with the ATV.  According to my log, since we’ve been in L’Amable (starting in 2015) here’s when we’ve gotten on the sled and the corresponding temperatures:

We sure are looking for some cold weather and snow!

In the meantime, the championship lineup is: