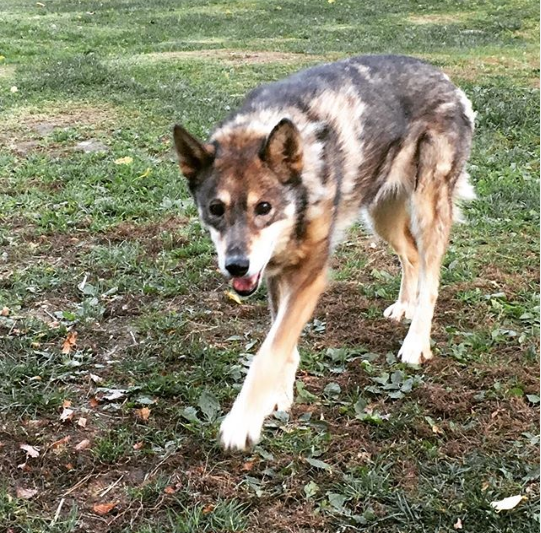 On Oct. 24, 2019 we had our sweet Dru euthanized. She was drinking copious amounts of water and wasn’t eating– it was time.

In April 2019, Dru had some serious surgery. She had many teeth removed and some mammary tumors removed. The doc sent the tumors to a pathologist who said the tumors were not malignant. Also, our doc said more tumors would probably grow, but there was only a 10% chance of them being malignant. Well, they grew back. In July she had a marble sized mammary growth and by the end of October she had three tumors that were bigger than a golf ball.

Dru was a very shy girl. Even after living with us for many years, she didn’t want to be pet– however if you had a harness in hand she’d come running over to get harnessed up. Dru was a great lead dog because she would hold the line out by laying in the snow.  Dru ran until 2017 when she retired. She still wanted to run, but we thought it best that she retire.

We will miss our shy girl.