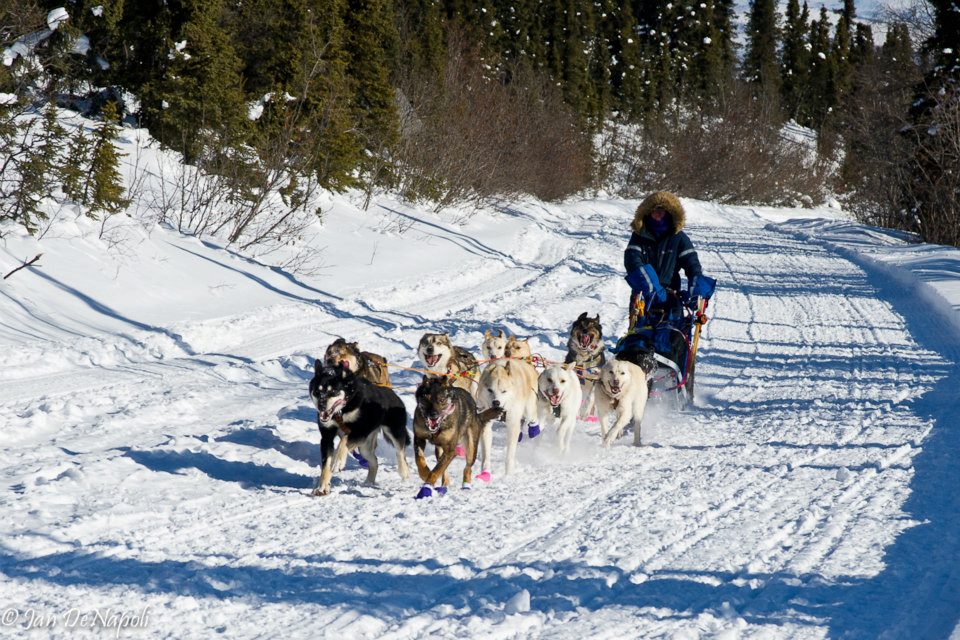 Ilana and some of the gang ran the Two Rivers 100 this year. The race was originally scheduled for the week before, but we got a lot of snow so the race was postponed one week.

The trail was great! Due to the extra snow there wasn’t any overflow at the bottom of Iowa Dome and there was minimal overflow at the very bottom of the Dome. Temps were warm in the day (around 25-28 above), but in the evening it was -10– perfect temps for running dogs. The race started on the north side of CHSR in Chatinka. After going up/down hills on the north side (e.g., Cleary Summit, Iowa Dome), we stayed on the north side and ran some trails I’ve never run, and ended up at Two Rivers Lodge for a four hour layover. We then continued on the north side running east until we crossed under CHSR via Jenny M creek. Once on the south side we picked up some speed and ran trails that we’re quite familiar with. The gang didn’t have too much of a problem when we passed the trail to our house, their initial reaction was to turn, but I was able to get Nikki to go “on by.” The race ended at Pleasant Valley. As expected, we came in last (5 out of 5). Note, I clocked 90 miles on my GPS and not 100. Our speed was around 7.2 mph.